The highest by revenue

A brief overview of the printing houses with the highest income in the Adria / Balkan region leads us toward Slovenian graphic industry that has the number on its side. Among 20 printing houses whose earnings were higher than EUR 10 million in 2016, even ten are from Slovenia, seven from Croatia, two from Serbia and one from Bosnia and Herzegovina (BiH). The only printing company from BiH, Grafotisak, is also the largest printing company in the Adria / Balkan region by achieved revenues, with entire revenues of over EUR 60 million and with profit of almost EUR 7 million.
Grafotisak is a family owned printing company with tradition 30 years old. Their main business is book production which are exported in 15 countries. In financial terms, Grafotisk is competing with the Slovenian investment group MSIN Ltd. who has its shares in several Slovenian leading printing companies. They are the owners of Cetis, EGP and Gorenjski tisk. 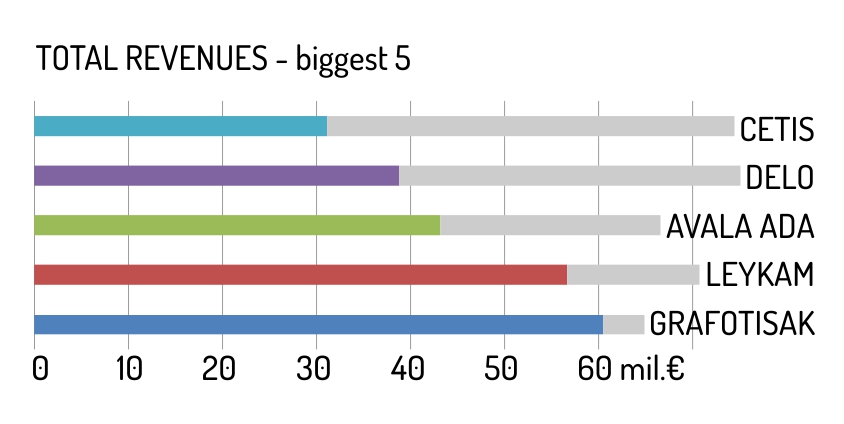 These three printing companies had a revenue of EUR 57.4 million, but the joint profit was low due to the loss shown in Gorenjski tisk. Leykam printing company generated revenue of EUR 56.6 million and a high profit of EUR 4.65 million. It is owned by the British group Walstead Group, the largest European printing group.
More than EUR 50 million has been earned by Radin Grafika and Rotografika, who have joint owners. The fourth printing company in the region by a financial strength is Avala Ada from Belgrade, owned by the Kappa Star company. Avala Ada generated revenue of EUR 43 million and profit of EUR 3.65 million.
The printing company AKD – Agency for Commercial Business is owned by the Croatian State. They are specialized in printing of passports, personal documents, as well as for electronic identification solutions for individuals. They have generate revenues of EUR 29 million in 2016 and the highest profit regarding revenues of EUR 4.83 million or 16.6 %.
Graficki Zavod Hrvatske and the Lana – Karlovac printing company are close to revenue of EUR 20 million. The other analyzed printing houses are between EUR 10 and 20 millions. When we look at the production range or technology used, Grafotisak is a classic offset commercial printing company. Among 20 largest, eight printing houses we have put in packaging manufacturers. The biggest is Avala Ada. They have organized production of classical and transport packaging.

The biggest by earnings 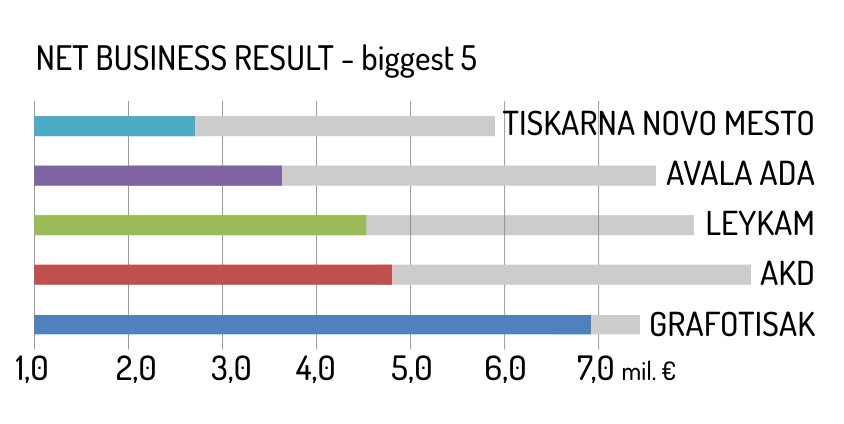 Share of profit in total revenue of other printing companies is less than ten percent. The printing company Gornji Tisk was the only showing negative business result in 2016.

Number of employees and productivity

By analyzing the number of employees, the Slovenian group Delo has the most employees – 325. Unfortunately, we don’t have the information how many of them are working in printing business and how many in different publications of this media group. 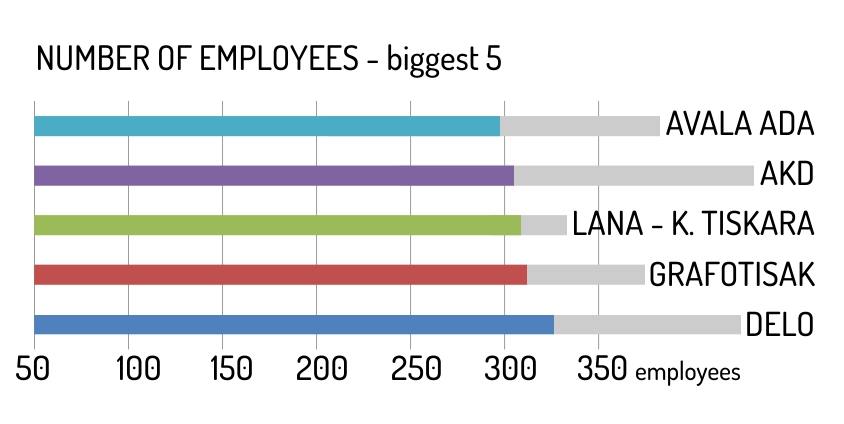 Grafotisak employs 314 people. Lana – Karlovac printing company has 311, AKD from Zagreb 306, and Avala Ada 297 employees. Within all these companies one part of employees is not working directly in printing segment. The analysis of income per employee is interesting from the aspect of productivity. While family owned printing companies such as Grafotiska or Lana have developed associated businesses, Laykom operates only by pushing the core business. Thus, the earning per employee is the highest in Laykom, with almost half of million euros per employee. Ino and Grafotisak are close to EUR 200.000 per employee and Florjancic has revenue of EUR 175,000 per employee. 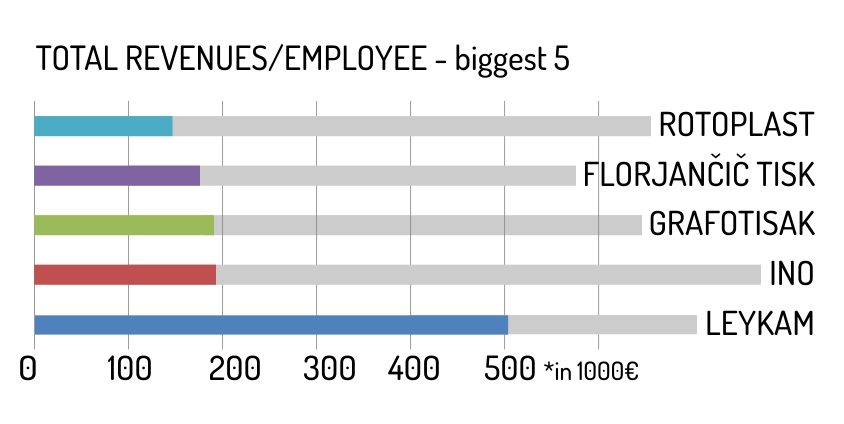 Graficar and Etiketa have the lowest productivity in this group of printing houses with under EUR 60.000 in earnings per employee in 2016.

Printing company with the largest revenue growth in comparison with 2015 is Istragrafika, owned by British American Tobacco. Total revenue increased was 10%. It is followed by Avala Ada with 9% increase in revenue, while Grafotisak increased its revenue by 7%.
Looking on the negative side, Etiketa had a revenue drop of 14%, while Zagreb lost 11% of turnover in 2016 compared to 2015.

If we analyze total volume of income of the twenty biggest offset printing companies in the region, we arrive to a significant figure of EUR 500 million in revenue, 4.000 employees and a very stable economy. Total revenue growth in 2016 (y-o-y) was 1% and the similar was with the number of employees.
We can conclude that the offset market, despite global share decline in overall printing business, is stable. Commercial printing and rotation have experienced a weaker growth or a decline in turnover, while packaging producers are greatly responsible for the growth due to the stability of the products being produced. 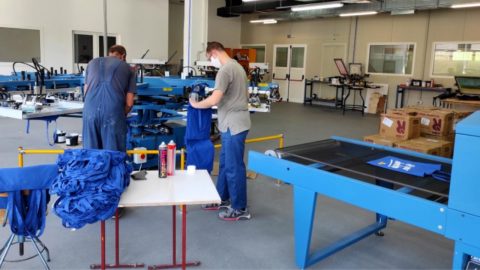 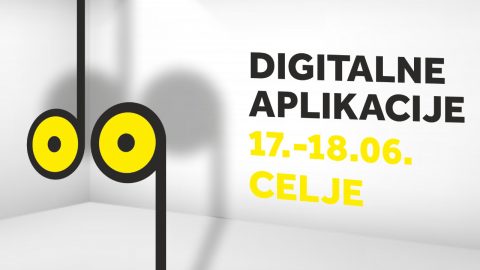 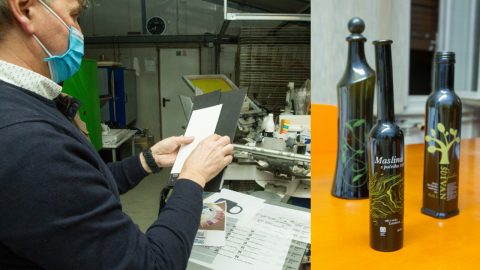 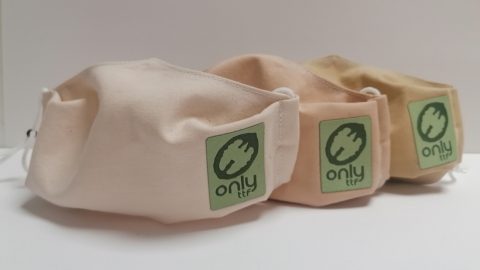 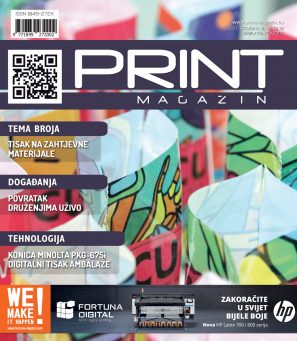 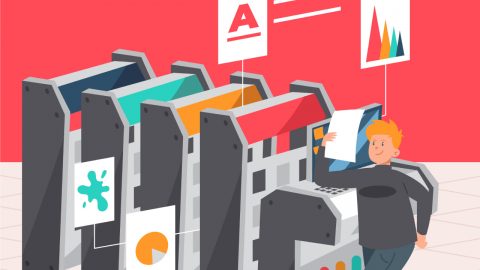 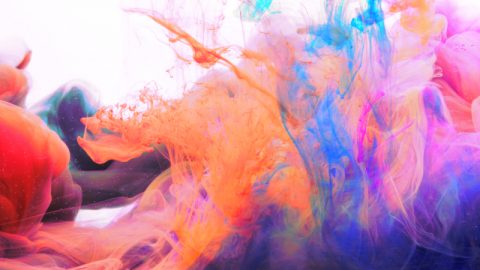 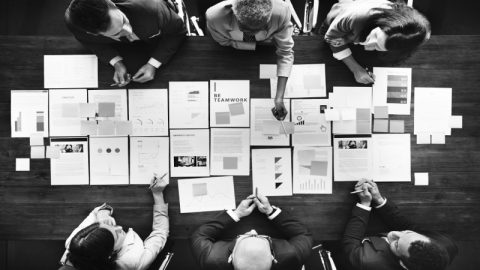